Stop Ice Buildup on your Windows

You must have encountered ice buildup on your windows. Everyone born and raised through Canadian winters have had such experiences. Ice buildup is extremely common and it happens all around us. Most people still believe that it is something that cannot be avoided and one has to deal with it during the freezing winters, almost akin to living with snow all around. While it is true that ice buildup is an almost unavoidable problem, there are some steps you can take to mitigate it. If you are particularly effective with some of the steps, then you can completely avoid ice buildup on your windows.

Cause of Ice Buildup on your Windows

It would be futile to discuss the remedies unless we shed light on the actual cause of ice buildup on your windows. There can be many facilitating factors but the cause is essentially the same. It is the natural process of water vapor turning into ice crystals. There will be some amount of water vapor in your room during the colder months. Although winters are chilly and dry, the heated interiors will have some humidity. This humidity could be nominal or substantially high. The water vapor in your room will get drawn towards the window and would get exposed to the freezing temperature outside. As the vapor gets in contact with the colder temperature, it starts to settle on the window. As the temperature outside drops below frost point, the water vapor or humidity undergoes condensation, thereby forming the ice crystals.

While water vapor or humidity inside your house and the cold temperature outside are the actual cause of ice buildup on your windows, there are many facilitating factors. It is those factors that you must take care of to stop ice buildup on your windows. It must be noted that damaged, worn out or leaking windows will have a more severe ice buildup because they would fail to insulate the interiors. Also, any house that has a moisture problem will have more ice buildup. It is never wise to ignore ice buildup on windows, even if it seems to be normal. The ice buildup, the subsequent melting in the morning and then reformation of the frost can damage the windows, the walls will be adversely affected by the moisture, there can be mold and mildew, drywalls can get damaged and all components inside a room that are vulnerable to moisture will be at risk.

How to Stop Ice Buildup on your Windows?

The first thing you need to do is ensure your house does not have unnecessarily high relative humidity during the winter months. It is desirable to have some moisture in the air because the interiors can become too dry, thereby rendering your hair frizzy and several things developing static charge, including some of your clothes and your skin. This prompts many homeowners to use humidifiers.

You should increase the indoor temperature to ensure the water vapor accumulated near the windows remain warm enough to avoid hitting the frost point. The water vapor at the windows will not only be vulnerable to the cold outside but it would also be warmed by the indoor heat. You need to ensure your room is warm enough to prevent the formation of frost. Basically, you must prevent condensation of the vapor. You can also do this by having windows that are much better insulated. Triple pane windows are much more effective at insulation and they would prevent the cold air outside forcing the condensation of the vapor inside.

Ventilate your rooms if necessary

You should ensure your indoors are adequately ventilated. Do not indulge in any activity that will unnecessarily increase the humidity inside. Using dryers too often, working any appliance inside a room that would contribute to moisture buildup, storing firewood inside, cooking and steaming without adequate ventilation and other activities that involve the use of water should be avoided as much as possible. Windows in some rooms are more vulnerable to ice buildup. Don’t use water and don’t indulge in any activity that would produce vapor or increase moisture in such rooms.

You should have your property inspected to know if there is a moisture problem, if there are any flawed systems including your plumbing that would increase the humidity inside your home without you knowing and if some appliances are malfunctioning, thereby increasing the vapor content in your home. Something as simple as a dripping faucet could be a serious contributor to ice buildup on your windows. 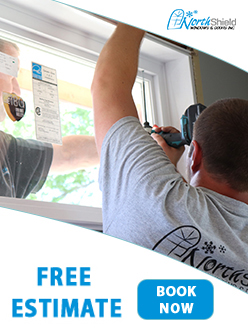 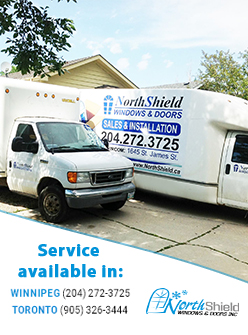 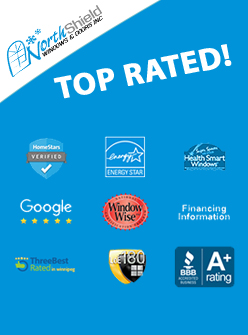