Your Windows and Doors Experts

Awning windows open to allow light and fresh air to flood the interior of your home. They are often used in combination with other windows to maximize the view and ventilation of a room and ultimately your home. Awning windows differentiate from other windows because they have a hinge at the top so that the window can open from the bottom, which helps with ventilation and provides convenient additional protection from the rain. With a robust, strong window frame, NorthShield’s awning windows prevent leaks and air infiltration with flexible, dedicated seals and insulation. Stay dry and comfortable while enjoying the fresh air with awning windows from NorthShield.

When you need a reliable windows replacement, our team of windows and doors experts are the people to call. Our professional installation is offered for all our windows, including awning windows. No matter the size or the style, we will install it in your home. 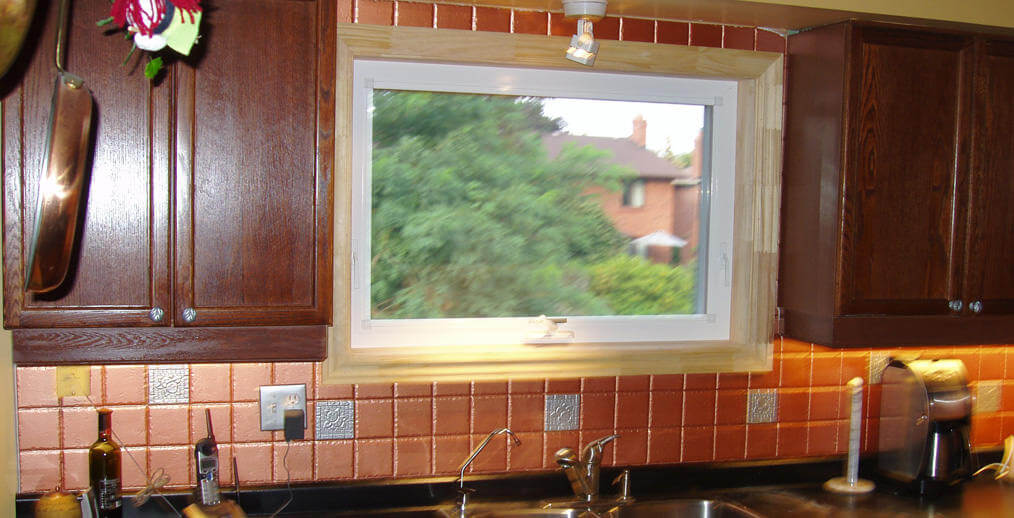 NorthShield manufactures awning windows right here in Canada. We can maintain our high standards to ensure that we only provide the best quality windows from local suppliers.  Designed to maximize security, durability, efficiency, and security, our awning windows feature innovative and industry-leading technologies. Various window needs and applications can be satisfied with NorthShield’s customizable and triple-pane glass options direct from the factory.  A NorthShield representative will measure your interior window frames and send the dimensions to the manufacturer so that you can receive beautiful, custom-sized awning windows within a few weeks from initial consultation.

Before installing an shade window in any home, the job site area is prepared with drop sheets and dust control techniques at multiple levels. By doing this, you can be confident that your home will be clean and beautiful during the installation process. A second crucial step is removing your old windows in a meticulous and methodical manner. The third step is preparing your window frame for installation. This step is often overlooked but is crucial to ensure a proper installation and an airtight seal. Then, your new, locally-made awning windows will be meticulously installed, with the utmost craftsmanship, professionalism, and attention to detail. As soon as the awning windows are installed perfectly according to our strict specifications, and the job site is clear, we take care of all the disposal and cleanup. We are the industry’s leading provider of awning window installation, so when you choose NorthShield, you can be confident you’re getting the best service.

Windows Replacement in Winnipeg, Toronto and The GTA

Get the protection you and your family deserve with NorthShield’s factory-direct sheltered windows that come with a lifetime warranty for your peace of mind. Choose quality and comfort, choose our premium windows and doors. 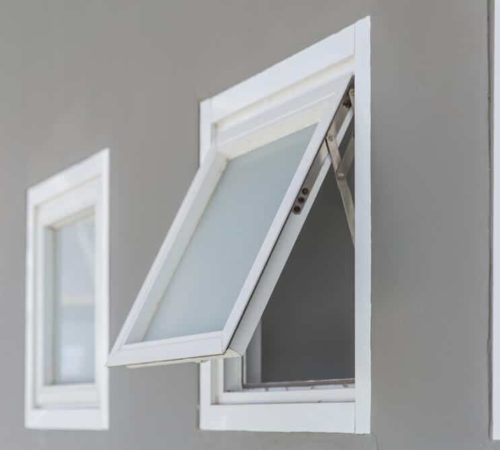 Awning windows are a great option for homeowners looking to add extra ventilation and light to their home. These windows are designed with angled glass panels that swing open from the bottom, making it easy to let cool breezes in while also allowing plenty of sunlight into your space.

Awning or crank windows offer excellent views and an abundance of natural light. Because these types of windows open outward, they do not require you to move furniture out of the way or lower blinds in order to open them. This means that you can enjoy beautiful views of your yard, garden, or neighbourhood while still letting light into your home.

In addition to providing increased airflow through your home, these types of shaded windows can also be used when you need to control the airflow. By opening just the top of your window, you can allow the cool breeze in without letting out too much heat from inside. 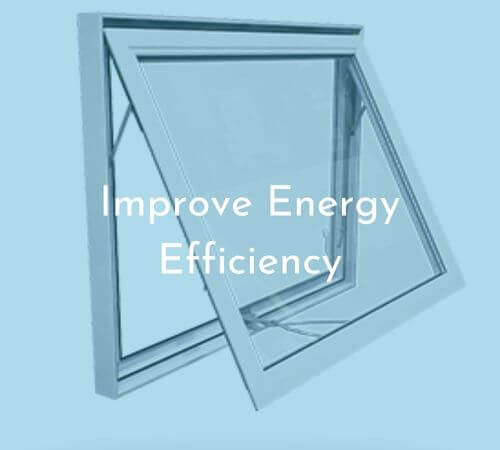 Since awning and crank windows are usually placed on exterior walls and away from direct sunlight, they don’t often need to be shaded or tinted like other windows in your home. This means that you won’t have any additional costs associated with keeping cool air inside during warm months, as well as preventing heat loss during the winter season.

What are awning windows?

An awning window is a type of crank window that is hinged at the top and opens outward from the bottom. It is often combined with large stationary windows for a better view. Because of their unique opening mechanism, awning windows allow for ventilation and protection from the rain.

Where to install them?

The awning window is the twin brother of the casement window. The only difference lies in the operational functionalities. For example, while casement windows allow for a full opening of 92 inches, awning don’t allow for that much air circulation.

What’s the difference between awning and casement windows?

Both of these window types are commonly known as “crank” windows because they open using a cranking mechanism. Awning windows are hinged at the top and are made for openings in which the height is smaller than the width. Although both windows are extremely popular choices among Canadian households, there are differences in terms of where they are installed. For example, awning windows are usually installed in kitchens, bathrooms, and basements (due to their opening mechanism that prevents water from pouring inside during rain), while casement windows find their applications in areas such as living rooms, bedrooms and dining rooms.

What is a fixed awning window?

A fixed awning window is designed not to open and is often installed alongside other operational windows to allow for a better, unobstructed view.

What are the benefits of awning windows?

Awning windows come with many benefits. Because of their unique shape and design, awning windows can be placed higher in walls, and since they are hinged at the top and open outwards, they provide great protection against rain. They also have a modern, attractive look and look great as standalone windows, or combined with others.

Only The Best For Your Home 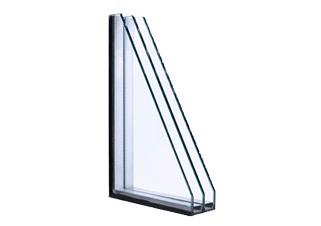 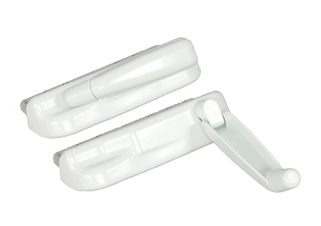 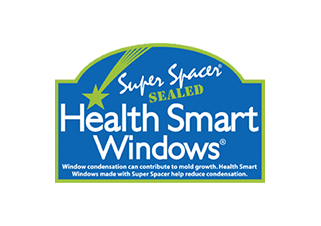 Reduce condensation and prevent mold from infiltrating your home with NorthShield’s Super Spacer Sealed Health Smart Windows. While traditional windows use metal spacers between the panes of glass, NorthShield’s Super Spacer Health Smart Windows use a proprietary foam spacer that insulates between the panes, reducing condensation and preventing the formation of harmful mold in your home. 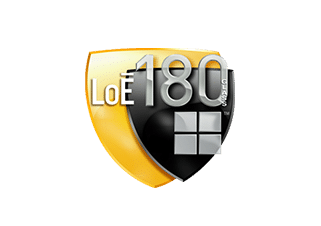 Enjoy savings on your energy bills year-round without sacrificing the beauty of your windows by opting for NorthShield’s LoĒ-180 glass. Smart design means that your home will stay cool during the summer months and warm during the winter, and our awning windows replacement will help you achieve just that. 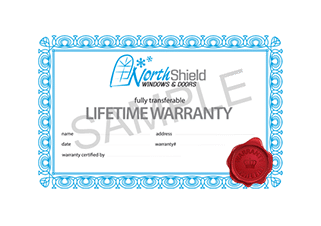 All of our awning windows are backed by a transferrable lifetime warranty. Your beautiful new windows will provide energy savings, beautiful views and peace of mind! 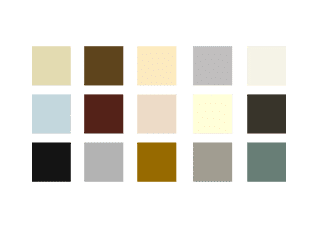 Choose from over 35 colours of vinyl for your awning windows. Create a look that truly reflects your taste and style! 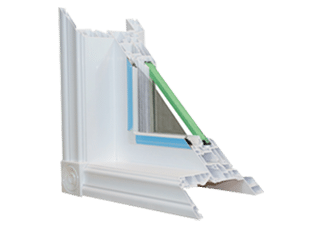 Removing the screen from your awning window is a snap! Easily removable for cleaning, NorthShield’s snap-in screen is highly durable!

NorthShield supplies the most convenient windows in the industry. With the feature of window net removal, you will be able to clean the window easily. 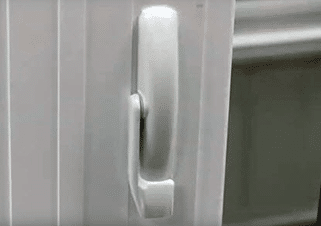 NorthShield awning windows come with high-quality locks in order to ensure security. Well sealed windows will help you to keep your home warm and save on electricity. 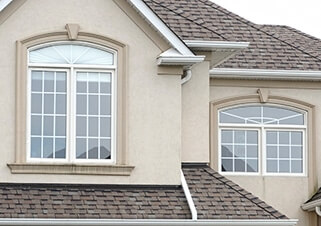 Window grills are perfect for adding a decorative touch to your windows. The bars are installed between the panes and they can be added to any type of window. 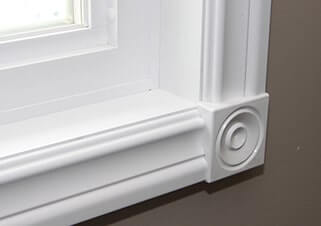 Give your awning windows a sophisticated look with our unique window finishings. They are the perfect solution to elevate the look of your space.

Northshield Toronto and the GTA

Service Areas in Toronto and the GTA